Yoga, Dance, and Everything Else

We all ask ourselves at some point in our lives, how did I get here today?!

I was brought up in the entertainment world. From the time I was a little I always wanted to put a show on for my family. They enrolled me in dance classes when I was 4 and that became my creative expression.

As I grew older, I always had an affinity for moving my body and trying new things, in a mildly competitive way. I was briefly into sports as a child when I tried soccer and track in middle school. I felt that I could be both expressive and athletic from a young age. I was actually quite a fast runner, which all of my PE coaches always noticed and I loved racing the boys growing up (because I was faster than some of them). I also excelled at jumping, not only in dance were my jumps very high but I could also run hurdles very well. Little did I know both of these skills would become metaphors for my life later on.

However, due to my physical nature, I repressed other sides of myself from a young age. I often felt I had trouble making friends and speaking up in class. I went to a private Christian school and by the time I was 10, I was questioning God. Reading was my other outlet. I also loved journaling. Writing about my emotions and feelings was something important to me from a young age which I believe helped me excel in school academically.

If I wasn’t dancing, I was probably reading. In fact, I would often bring a book to group dinners with me as a youngster because I was so shy and absorbed into an imaginary world. I didn’t know why I felt this way, and it made me question everything. Such was the beginning of my spiritual path.

It was through using my body in a physical way (through dance) that I felt all my doubts, fears, and shyness melt away. From a young age, I knew my physical body was capable of creating transcendence.

However, despite my physical abilities, my life has been mired in injuries. And I believe this is because of the mental/emotional imbalance I was born with (I can’t explain it any other way but my entire life has been one of self-inquiry so that through my own questioning I can help others). There have been many small injuries along the way and also some big ones that changed my body forever.

When I was 14, I ruptured my ACL at my very first dance competition of the year. The ACL is your anterior cruciate ligament in your knee and is a very common knee injury. However, repair is crucial if you want to continue an active lifestyle. I was so young that we decided surgery was the best option at the time. I have known and met dozens of people since this injury occurred, and I can always relate to my students who have had knee injuries because of my own experience. 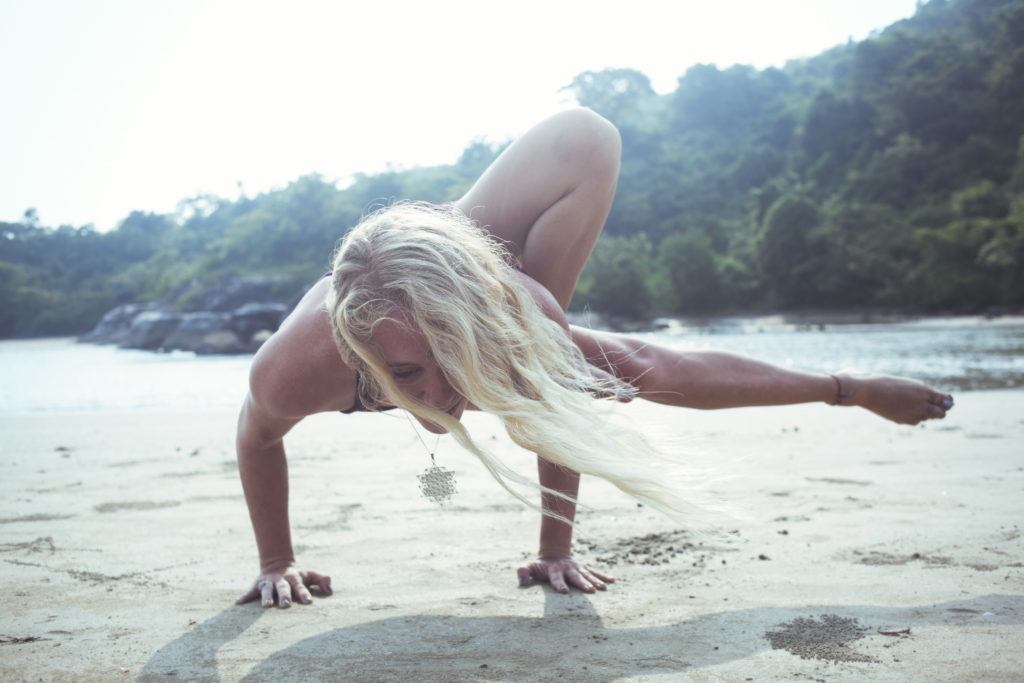 At this time in my life, at the age of 14, I was running track in my middle school, dancing 5-6 days/week at classes and rehearsing for 10 dances for competition and skateboarding in the afternoons in between getting my homework done. I had also just gone snowboarding the previous weekend before that performance (probably not the best idea…). To say I was hard on my knees is an understatement.

When I had surgery to repair it a month later, I was completely devastated. I was so depressed I read Bram Stoker’s Dracula during my recovery (a very long book, by the way). At the age of 14, I lost my ability to run and jump and dance. I had to quit track, was out of dance for the rest of the season and felt guilty for letting my teammates down. I felt like I had lost everything. It changed my life forever.

I was quite young and I recovered, but the scars and after-effects on my body and mind will always stay with me. Even after my surgery, I started the dance program at a performing arts high school 6 months later. I’m happy to say I completed the program as a teenager and later went on to earn my BFA in Dance from Ohio University. However, the recovery was hard, both mentally and physically, but I never gave up on my dream of being a professional dancer. It took me nearly 2 years, another surgery to remove a staple and a visit to the Harkness Center for Dance Injuries in New York City to be able to fully dance again. Even if I didn’t know it at the time, I knew that my soul wanted to dance.

During high school, I discovered modern and contemporary dance techniques which were more organic than traditional ballet and did not push the body into extreme positions like jazz dance did. I had previously only done competitive jazz and ballet, which are quite hard on the body and often not taught from a technique of what the body is naturally capable of (I.e there is a lot of forcing turnout, locking the knees, etc.). Modern dance opened the doors for me to not only be creative with my body but to also understand it from an anatomical and kinesiological point of view. I studied these art forms and the human body rigorously for 9 years.

There were moments during my high school life I thought I would switch out of the dance program. In addition to dance, I also enrolled in creative writing and photography courses which I excelled at. I feel my passions quite strongly and sometimes the urge to study them deeper spoke from my heart (especially when I would get frustrated with the dance program due to changing teachers or student drama).

However, by the end of my 4 years in high school, I became a leader of sorts due to my nature of just being different from everyone else and wanting to create a more well-rounded program. I created a dance department committee my senior year and we had meetings and after-show parties to celebrate. I didn’t realize it then but through not only this but also my exposure to choreographing and creating shows on/with my peers in high school I was already becoming the teacher I am today.

Along the way in high school, I also discovered yoga and aerial dance. I actually discovered aerial first, 1 year after my knee surgery. Thanks to one of my earliest dance instructors in high school, Laura Stauderman, who saw my creative potential, I was pushed to attend a dance festival in Miami that offered low-flying trapeze. The ability to hang upside-down by my knees one year after having knee surgery was one of the most amazing and liberating things I have ever experienced! I continued to practice and perform trapeze throughout my high school career and discovered that I had a natural affinity for upper body strength, going upside-down and spinning.

Yoga came along when I was 16 years old studying dance at another summer intensive in Massachusetts. I had been awarded a scholarship to attend, thanks again to my performing arts high school attendance at the National High School Dance Festival in Miami that year. It was my first taste of understanding my own energy, as my very first yoga class was pranayama. Yoga remained an on-and-off part of my life that I would practice during downtime from dancing or as a conditioning method. But outside of my body, I knew there was so much inside! And I had a lot of sadness and self-doubt inside that I felt kept me back from being truly happy. So I studied yoga philosophy, the chakra system and other metaphysical healing methods such as crystal healing to learn how to regulate and control my energy, moods, and physiology.

During college, while I was studying dance I also completed 2 Pilates mat certifications as well as my yoga certification. I graduated college in 2009 and have taught yoga and movement full-time since then. A year has not gone by since 2008 that I have not been a teacher.

I never thought as a child that, the shy girl sitting at the table with her nose in a book, would be a TEACHER! And this is something I have come to embrace.

Now flash forward 10 years from my training and I am now traveling the world as a yoga instructor! So how did I get here?

A series of injuries and other situations occurred which literally pushed me to the brink of change. I had sustained multiple injuries over the years from performing aerial, car accidents and other sorts of “freak” accidents which left me physically broken and mentally drained. I kept resisting giving up my performance side, but eventually, I had to give in. It wasn’t until I left the United States and my samskaras (unconscious karmic impressions) continued to repeat in the form of accidents and injuries that I realized I had to work to release them. And through this process, I have come to know more about myself and what I can offer.

I came to aerial yoga because I had injured my shoulder performing aerial hoop. Aerial yoga still allowed me to fly in a way that was supportive and could deepen my yoga practice. Through traveling the world I have come to believe in my ability to do anything I put my mind to, which means not only my own self-healing but also creating content from all of the ideas I have floating around in my head!

So now, after years of repression, I am finally allowing my creative writer side to surface again. It was nurtured throughout my college career through all of the papers I wrote, but after college, I was so focused on teaching and performing that writing and journaling fell to the side. It wasn’t until I could take a break from the hustle and bustle of the Western life that I felt I could focus on my own offerings, which meant I had to turn my experiences into words.

And so here we are today!

I am traveling the world teaching yoga, I have performed internationally with dance and circus companies and for many of the musicians I love, getting ready to lead my first yoga retreat, aerial yoga teacher training and launch my online mentorship program! 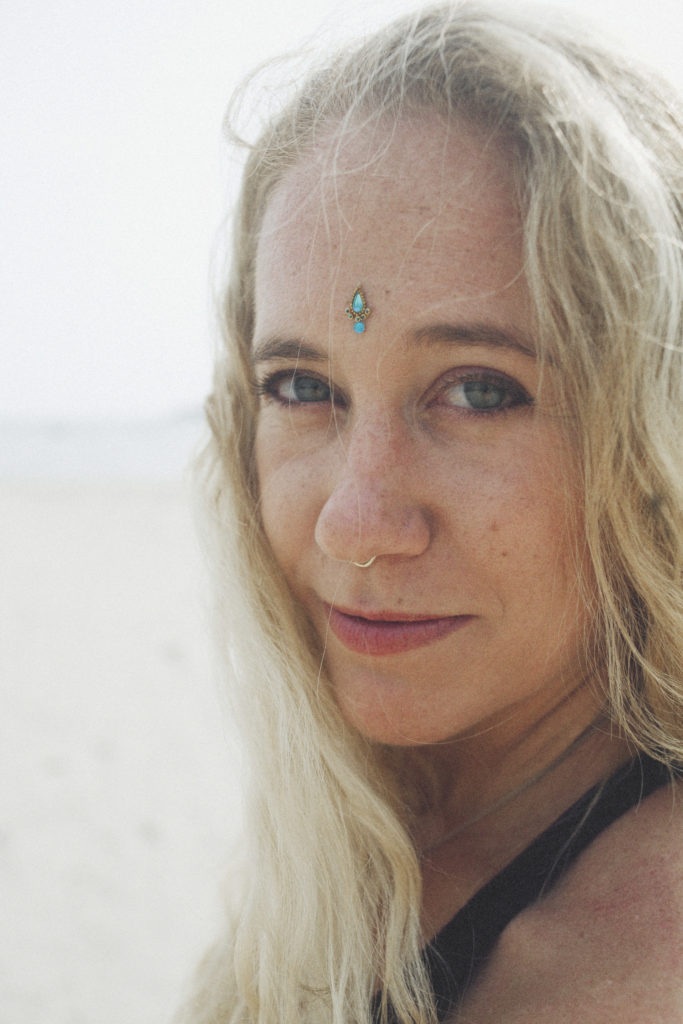 What have you had to overcome in your life to get to where you are today?

If this story has inspired you, leave a comment or if you want to develop your yoga career, apply to work with me today in The Wandering Yogini program!